How much does a model railway cost?

The biggest and some times most awkward question is How much does a model railway cost?

A model railway essentially can cost as much as you want to spend on it, the average railway modeller will spend around £500 -£1000 a year on their layout. Although most starter sets can be picked up for less than £100.00 locomotives and rolling stock are slowly increasing in price, detailing kits and accessories are generally classed as pocket money prices for a number of kits, but these can range from £5 up to around £30 or even more.

At North Western Models we believe that it’s the detail that brings a model railway to life.

Kevin and Christopher have a lifelong passion with railways in general and also with model railways. Between them, they have planned, built and exhibited a number of layouts in 00 and N gauge at various local model shows. Kevin and Christopher regularly attend a number of exhibitions each year, either trading as North Western Models or with one of their layouts which is currently on the exhibition circuit. 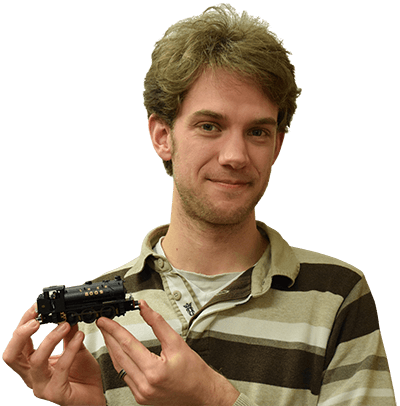